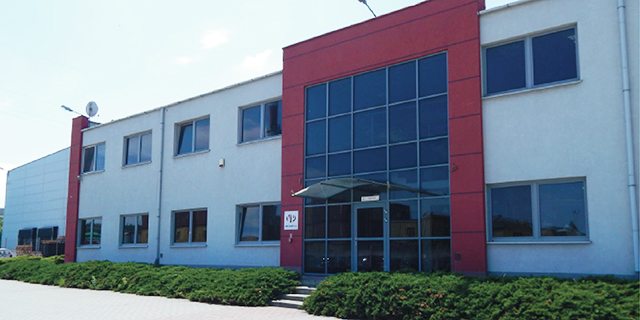 CDS S.r.l., one of the leading European manufacturers of caps and closures for the beverage industry, acquires 100% of the Polish company VIKI PLAST S.A., European leader in closures for mineral water dispensers.

CDS’s current product portfolio, which includes plastic closures, aluminum closures and sport caps for mineral water, soft drinks and milk, furtherly expands now to include closures for mineral water dispensers (so-called “water coolers”), which are becoming increasingly popular in public places and private homes due to their environmental value. The dispensers in fact, using containers of 5 gallons, allow a strong reduction in the consumption of disposable plastic.

The closures produced by VIKI PLAST are an essential element of the dispenser system, as they guarantee the safety and hygiene of mineral water.

VIKI PLAST, founded in 1981, operates a 9,000 square meter factory in Skarżysko-Kamienna, Poland, with 67 employees. Thanks to the original patent of the highly innovative “Monocap” closure, the company is the market leader in Europe and exports its products to North America, Russia, Africa and the Middle East.

CDS, founded in 1977 in Piacenza, Italy, is today one of Europe’s leading manufacturers of closures for the beverage industry. The group employs about 250 people in 5 plants, including 2 in Italy, and operates 75 highly automated production lines, with a production volume of more than 12 billion closures per year. In 2019, the group achieved revenues of €70 million, with EBITDA of €15 million, and is the market leader in all the countries where it has production facilities (Italy, Spain, Czech Republic and Poland), serving the main local bottlers of mineral water and soft drinks, as well as multinationals in the sector. More than 50% of the group’s turnover comes from exports.

CDS’s plastic closures are among the lightest on the market, reducing the amount of plastic used by up to 50%. In 2020, CDS also launched a line of aluminum closures, mainly suitable for the glass bottle market, confirming its commitment to environmental protection.

The acquisition of VIKI PLAST is part of CDS’ international growth strategy, which began in 2013 with the acquisition of Viroplastic S.A., operating in the Czech Republic, and continued in 2017 with the acquisition of Manufacturas Inplast S.A., a market leader in Spain. In this strategy, CDS was joined by Idea Taste of Italy, the first European private equity fund dedicated to the food sector, managed by DeA Capital Alternative Funds SGR S.p.A., which in 2017 entered the capital of CDS, alongside the Delfanti family, a controlling shareholder since the company was founded. Alessandro Delfanti, CEO of CDS, said, “VIKI PLAST is a small jewel of R&D and technology and marks the entry of CDS, in a leadership position, in the sector of mineral water dispenser closures, a niche with high potential thanks to the growing environmental awareness of consumers. Our international development plan is now consolidated, having made 3 acquisitions in the last 7 years, and will continue to focus especially on producers of closures for beverages operating in areas outside Europe and North Africa. This acquisition also confirms our policy of improving environmental sustainability, which we have been supporting for years through significant financial investments in the research and development of innovative, lighter products and today also through the use of recycled raw materials”.

Andrea Bertoncello, Managing Director of Idea Taste of Italy, said: “CDS is an example of Made in Italy excellence, combining technological superiority and know-how with the ability to grow in a prudent and focused way at international level. All the companies acquired by CDS are leaders in their respective markets and have further grown within the group, benefiting from commercial and production synergies. We are proud to have invested in CDS since 2017 and will continue to support the group in its international growth strategy.”